Delicious pickles of mizunasu eggplant grown in Senshu, Osaka, which are ideal for everyday meals and for gifts

Mizunasu (Japanese fruity eggplant) pickles Japanese dashi mix are made with mizunasu and locally-grown vegetables from the Senshu region in Osaka Prefecture. Mizunasu, which is indigenous to the region, has a soft peel, contains a lot of water and is sweeter than normal eggplants. It is nationally recognized as an eggplant that can be eaten raw. While it is typically pickled in traditional methods such as asazuke (lightly pickled) or nukazuke (rice bran pickles), it comes available in two flavors – Japanese and Western – so that it can be enjoyed by different age groups. The Japanese flavor based on kombu broth has a mild taste while the Western flavor is seasoned with acidic lemon liquid. The vinegar, sugar, salt and kombu that are used for the base seasoning are all additive-free. In addition to mizunasu, locally-grown, colorful vegetables such as carrots and tomatoes are pickled together and bottled in a transparent container, which makes them also visually appealing. These mizunasu pickles that can be appreciated by customers of all ages, genders and nationalities will make wonderful gifts for your loved ones. 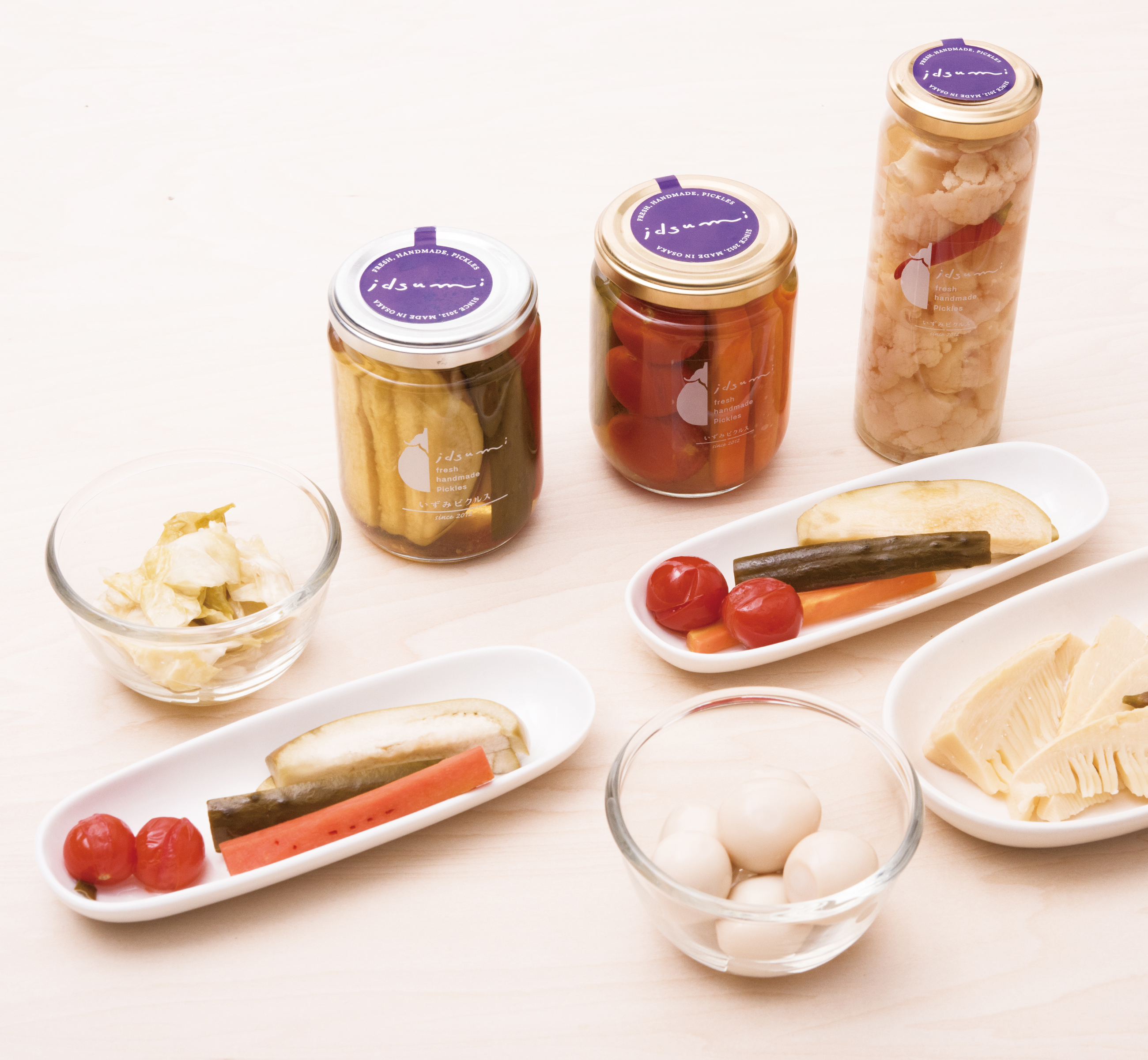 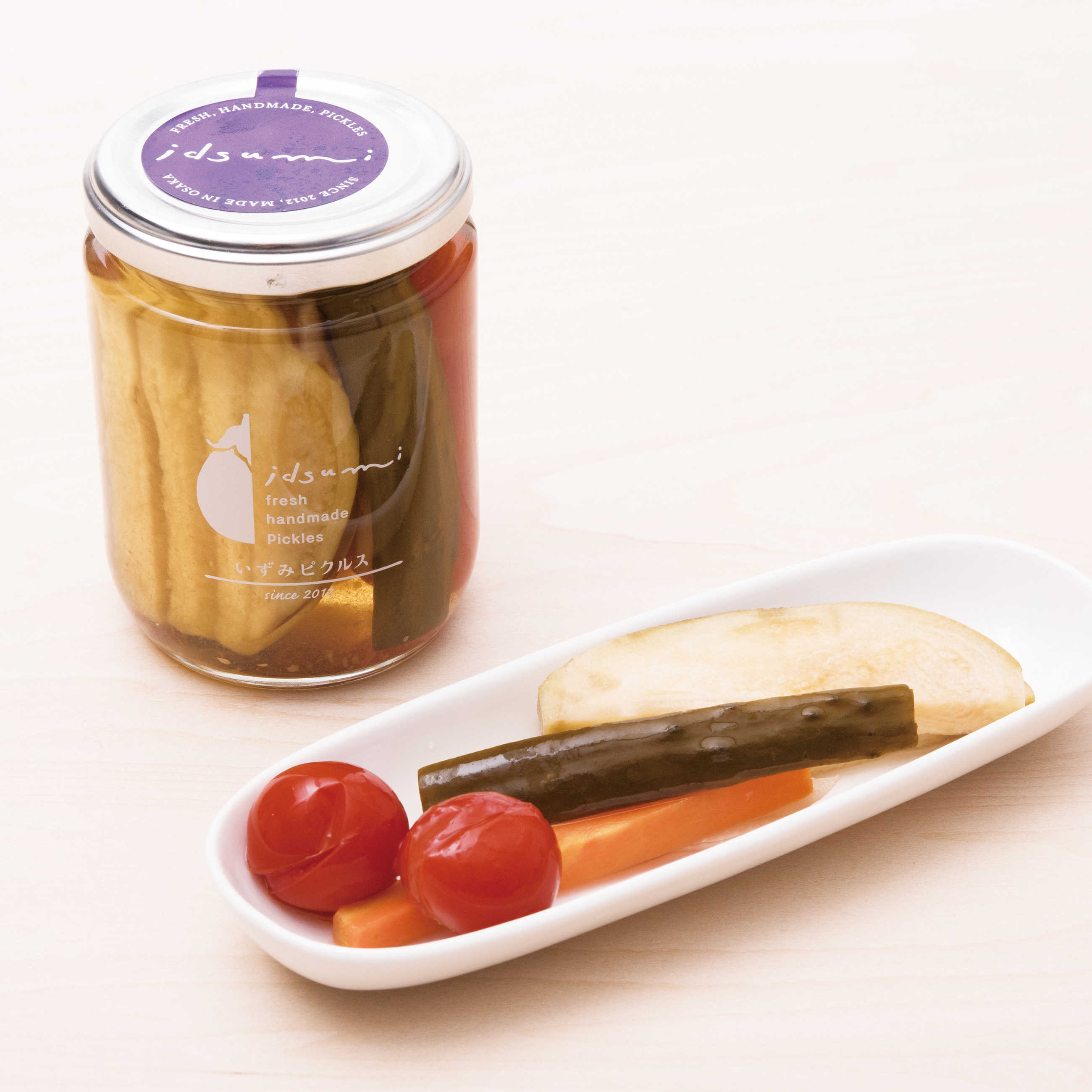