Richly flavored somakatsuo from Minamiise that is salted and matured together with umami from the sea.

Mature somakatsuo shiogiri slice is made with fatty somakatsuo (frigate tuna) caught during late October to December. The fish is cut in half and pickled in salt in a barrel together with its internal organs. “Shiogiri” has been prepared as an offering in a Shinto ritual while also serving as a local preserved food. Traditionally, the fish is pickled in salt for about two months; however, the period has been extended to carefully mature the fish so as to bring out a richer and milder taste. Somakatsuo is a familiar fish to local people but it has been mainly used to feed tuna and other fish because it doesn’t last long. One of the goals is to enhance the value of somakatsuo itself though the product, while also helping promote Minamiise so that it would eventually help the local fishermen to increase their income. These shiogiri slices that are carefully packed one by one by the shop owner are not only perfect for ochazuke (rice with green tea, broth or hot water poured on it), onigiri (rice ball), or as a snack to go with drinks, but also as an ingredient for pasta and other Western dishes.

Each step in the manufacturing processes of our product is done by hand. With the hope of delivering a traditional food that has been passed down over generations in Minamiise to as many people as possible, we have transformed it into thin slices to make it suitable for a souvenir. This thoughtfulness represents the omotenashi spirit that has been infused into this product. 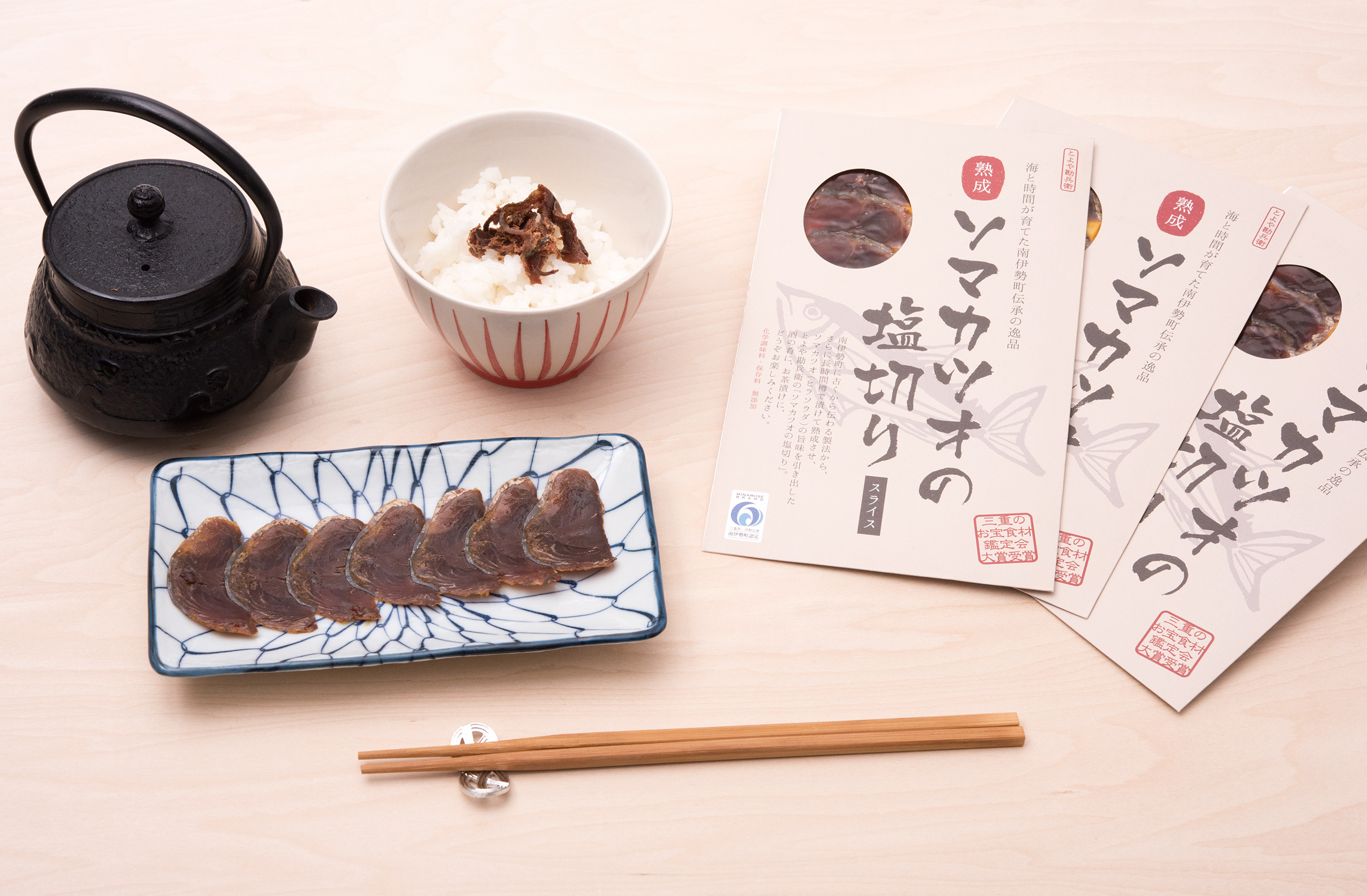 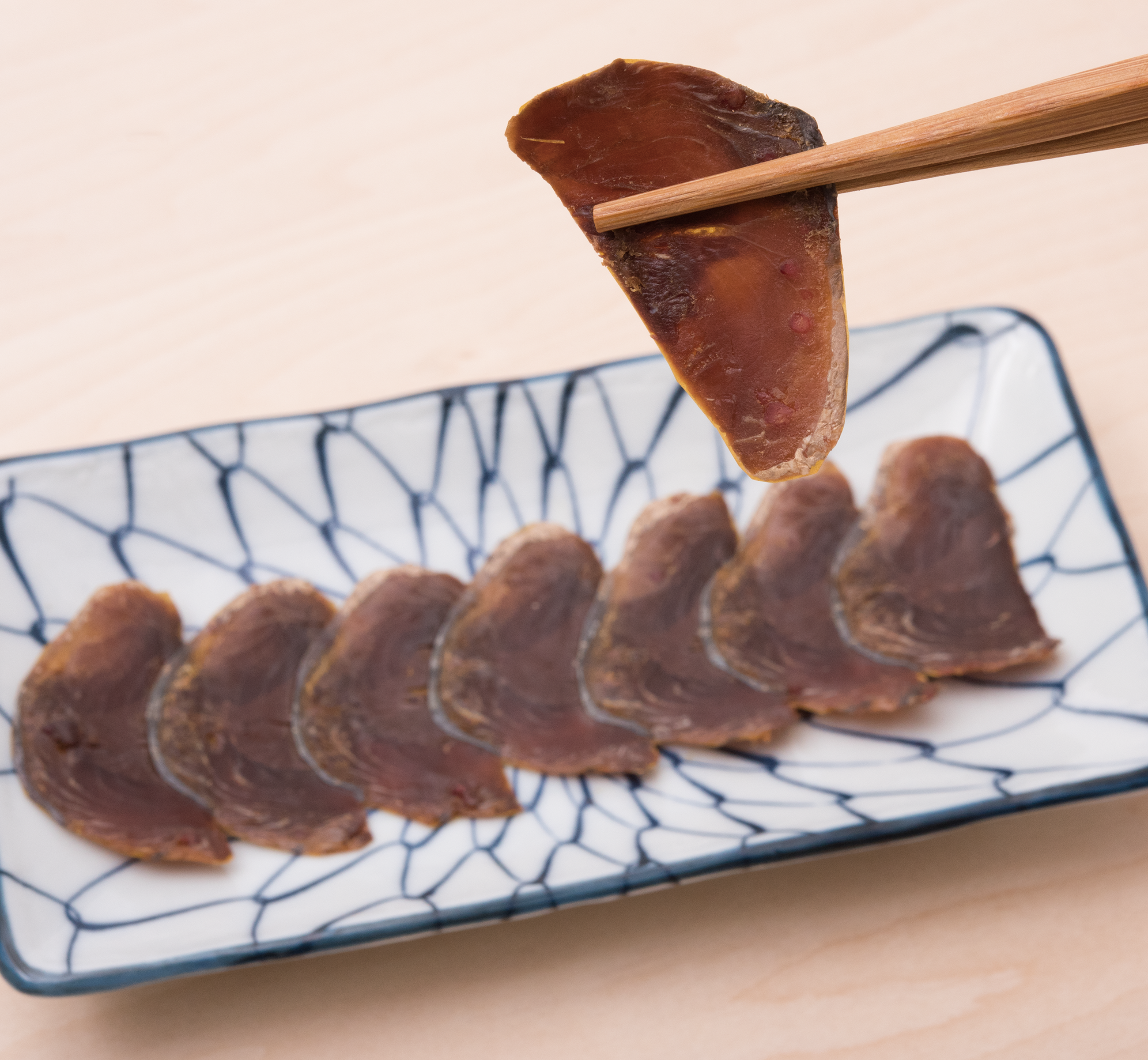 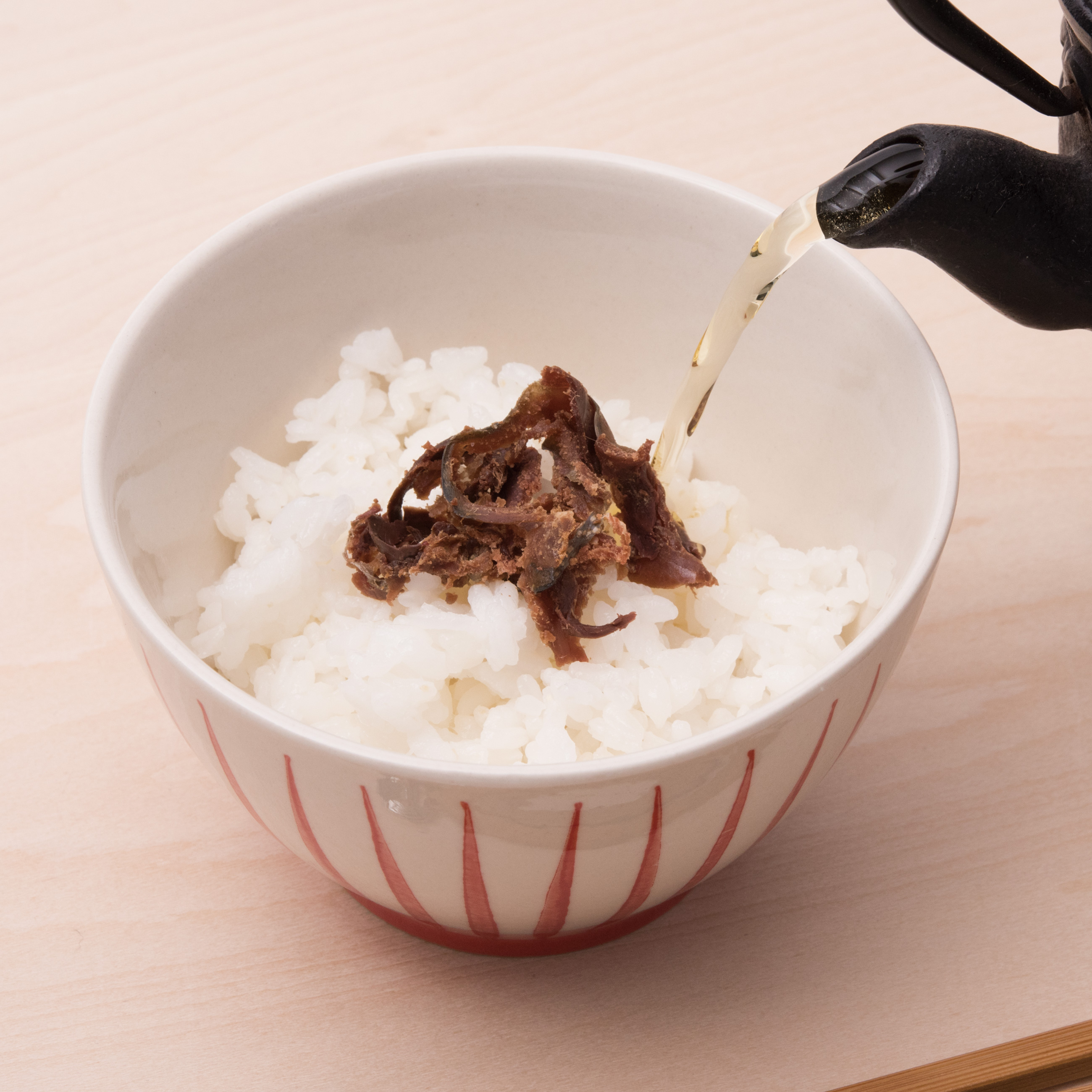