Kyoto Gofun Nail is a nail polish using the pigment “gofun” made from seashells that have been used since ancient times in Japanese paintings and mural paintings of temples and shrines.
Unlike common nail polishes, Kyoto Gofun Nail does not use organic solvents such as acetone, alcohol or toluene. It is based on a water solution of gofun, and therefore has no irritating odor and applies on smoothly. Because it is composed of natural materials, it does not disturb the breathing of the nails, can be removed easily and won’t hurt the nails when painting or removing. The natural nail polish is so gentle that it can even be used by pregnant women and children.
The vivid and beautiful colors inspired from the flowers that decorate the four seasons of Kyoto are named from the flowers that are motifs of the seasons, such as Beni Tsubaki (Red Camellia), Ayame (Iris) and Mizu Aoi (Monochoria korsakowii), with the flower names written alongside each color name. Indulge in the tradition of Japan and the colors of the beautiful flowers adorning Kyoto, anywhere in the world.

We have continued making our products committed to delivering safety and security to our customers. The crane and seashell mark on the package represent our concept – “From Japan to the world” – indicating our wish to deliver a new idea of nail polish to the world. We also offer nail-painting services at events both in and outside Japan as our style of omotenashi. 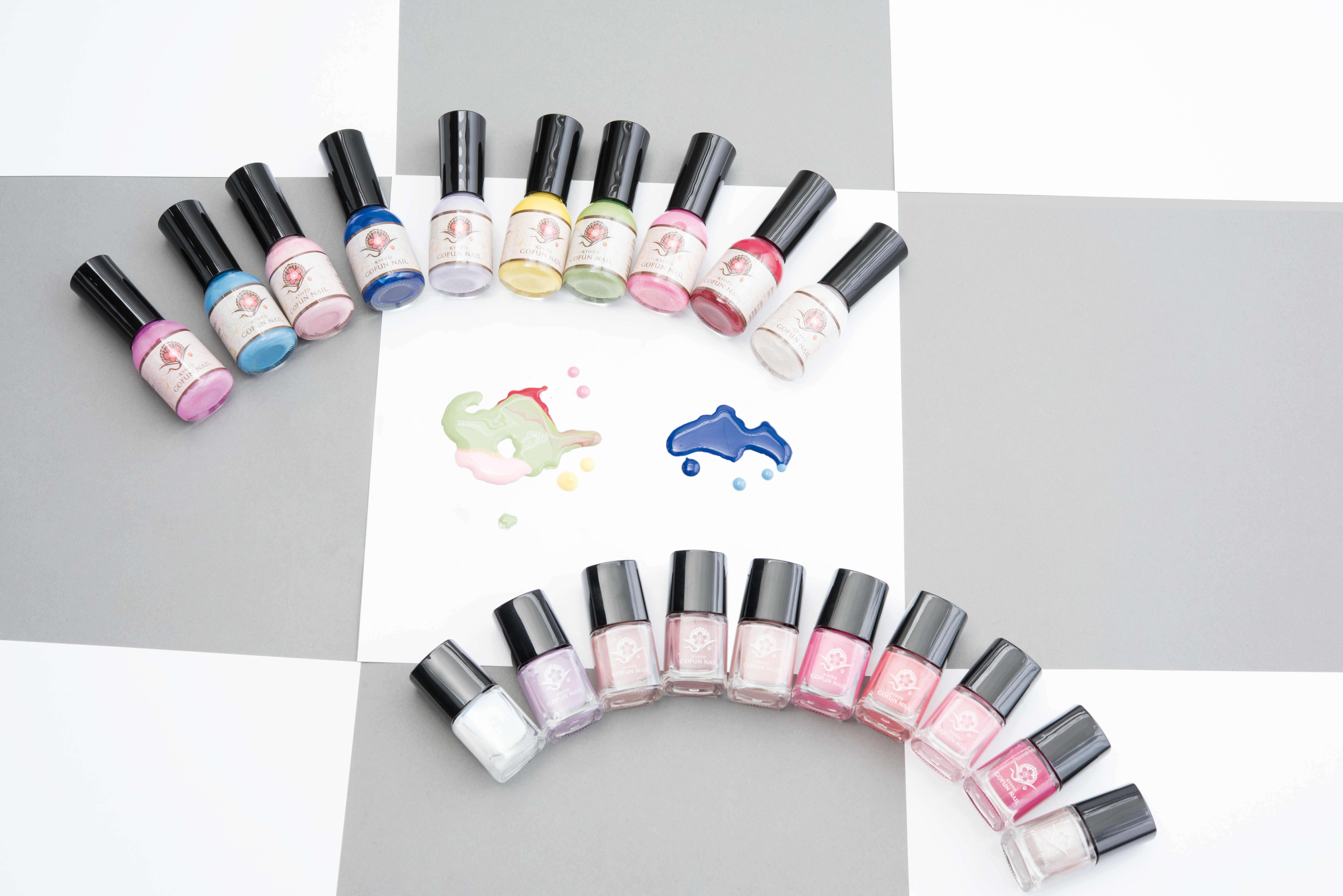 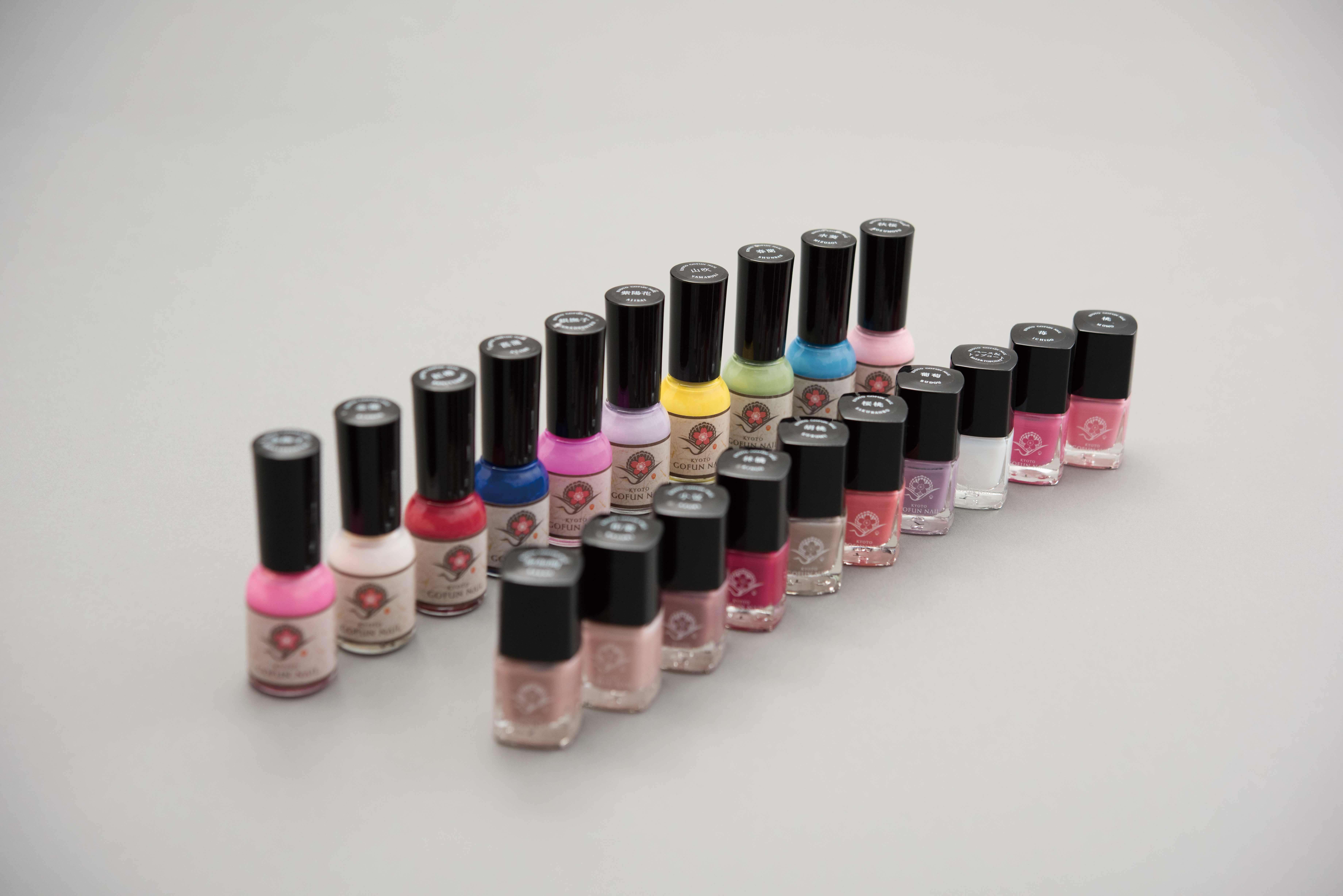 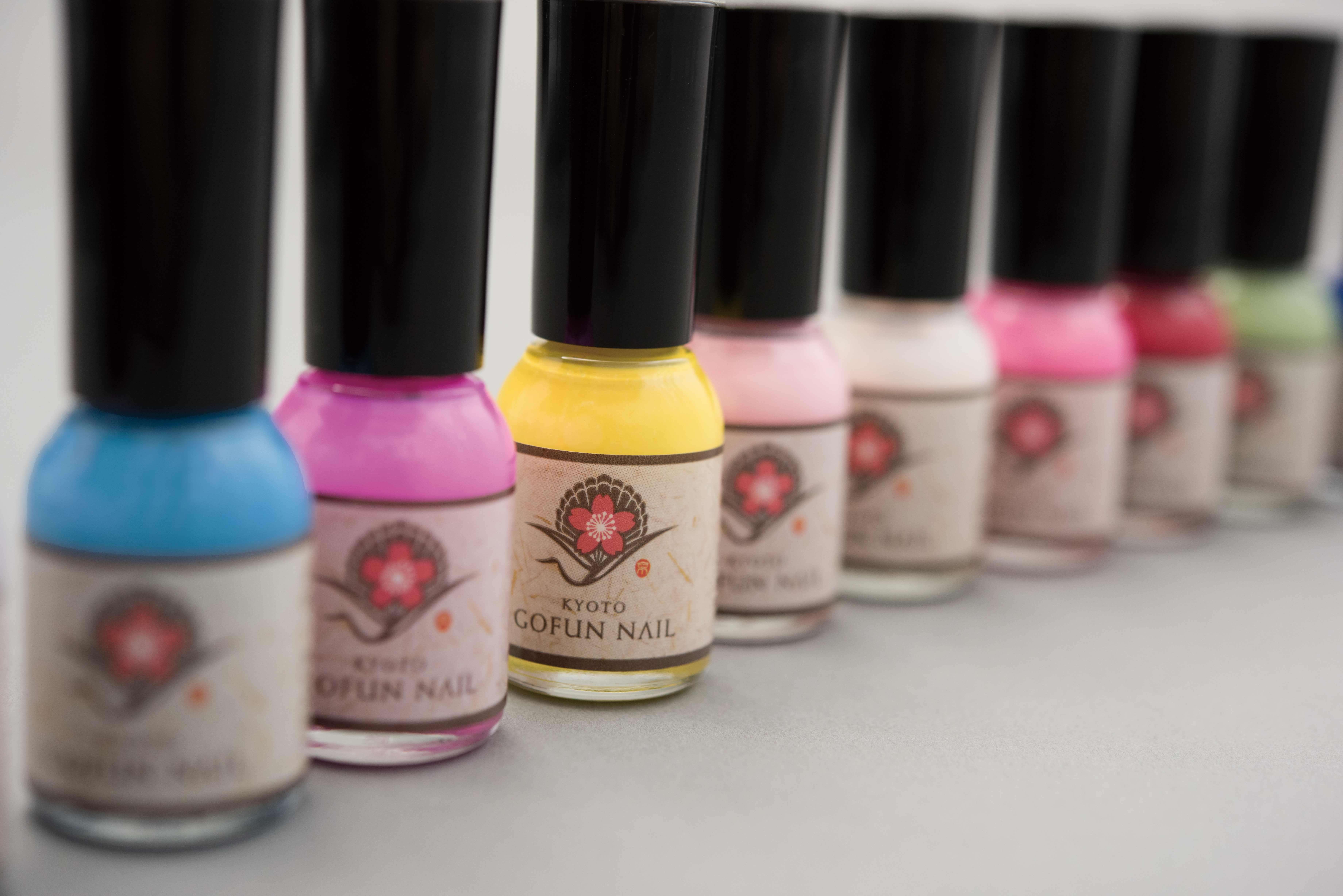 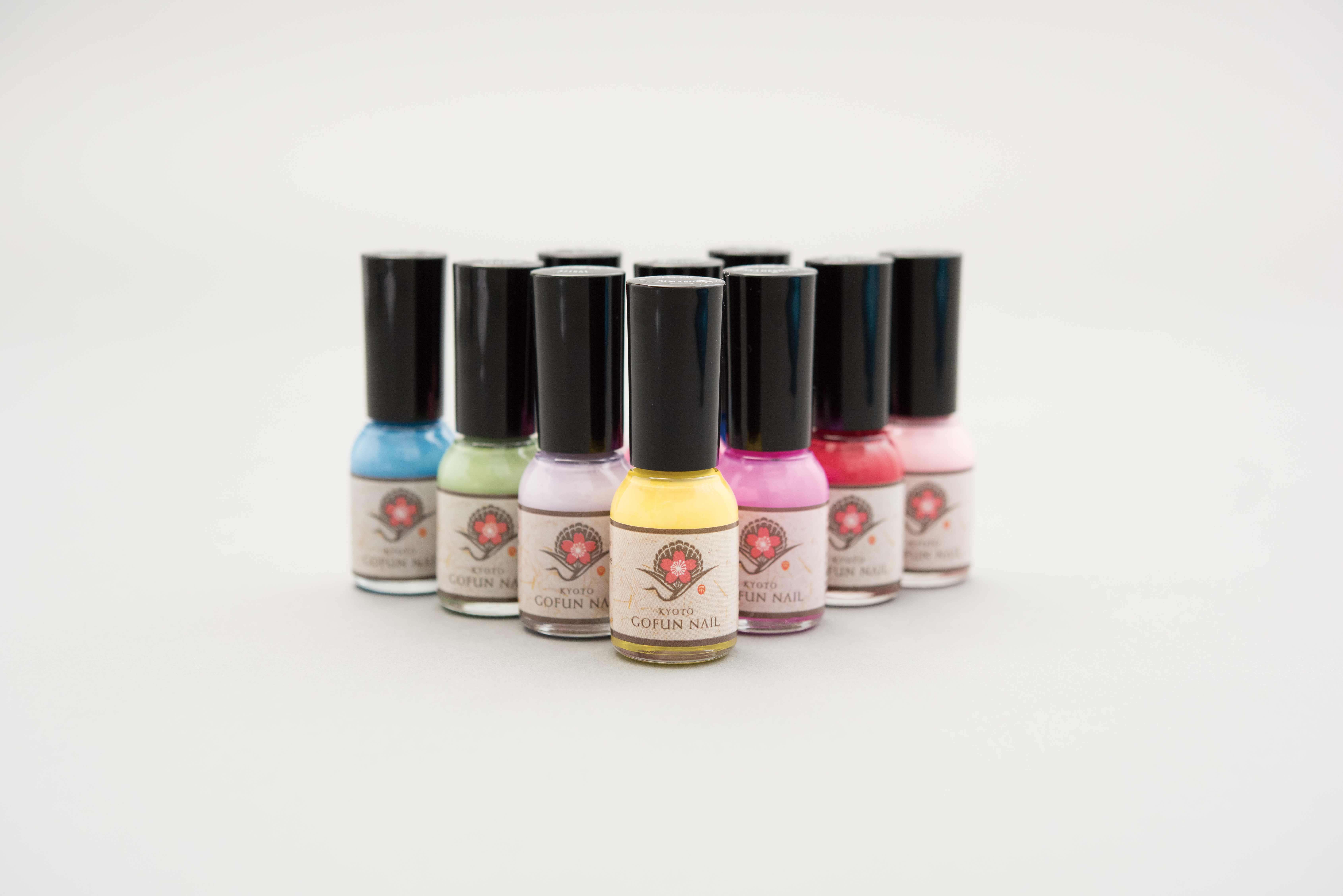