Yukizuri was created by renowned patissier Hironobu Tsujiguchi, who is from Ishikawa Prefecture. In this confectionery, Tsujiguchi has recreated the image of his hometown’s winter tradition “yukizuri of Kenrokuen Garden,” a technique for preventing trees from breaking due to heavy snow by pulling up the branches with ropes. Inspired by traditional French confectionery he was trained in while in France, pie was layered on a sablé to intensify the crispy texture. Glace royale (icing) spread on the surface is flavored with the Japanese traditional ingredient ume (Japanese plum), inspired from the Kaga Kenumebachi-mon (family crest designed with ume flower) of the Maeda family, the head of the Kaga Domain. The subtly sweet and sour glace royale is carefully spread on the surface by hand, depicting the snow piling up on the ropes. The ingredients used in the confectionery include rice flour from Ishikawa Prefecture and Sei Agri (sincere agriculture) Healthy Egg and Agehama enden salt (salt produced from salt farms at seashore) from the Noto Peninsula, indicating Tsujiguchi’s pride and love for the local ingredients.
When tasting Yukizuri, the patissier advises that you bring the confectionery to your mouth with the glace royale-glazed pie side facing down, so that the delicate ume fragrance spreads inside your mouth. Yukizuri is an innovative sweet that expresses Ishikawa’s breathtaking winter scene, based on Tsujiguchi’s traditional French confectionery techniques combined with fine ingredients of his hometown.

Patissier Tsujiguchi’s deep appreciation for Ishikawa, where he was born and raised, is contained in Yukizuri, which is made of various ingredients from his hometown. This creative confectionery made of well-selected Japanese ingredients will be great for a souvenir, or as a refreshment to serve with tea for guests as well. 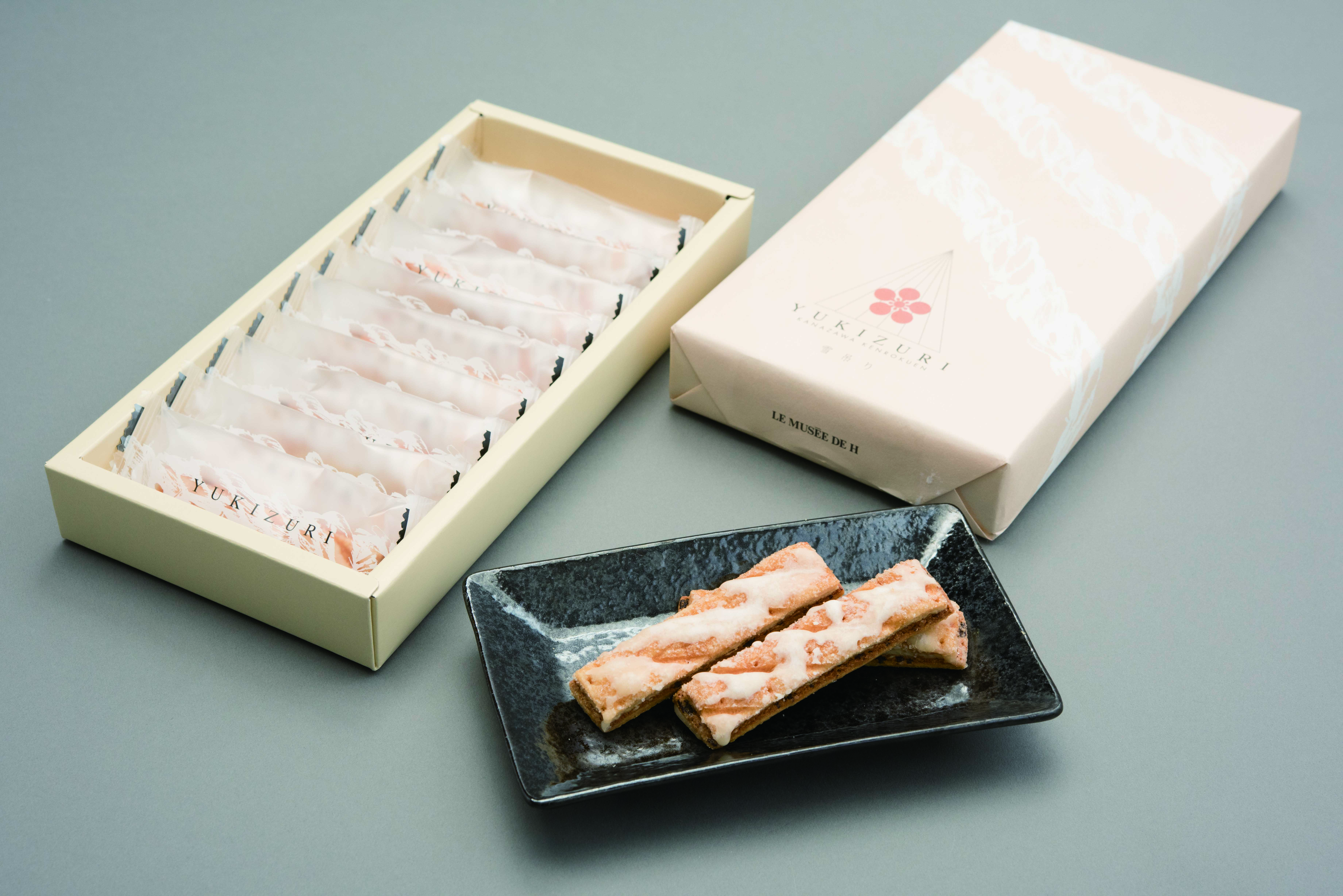 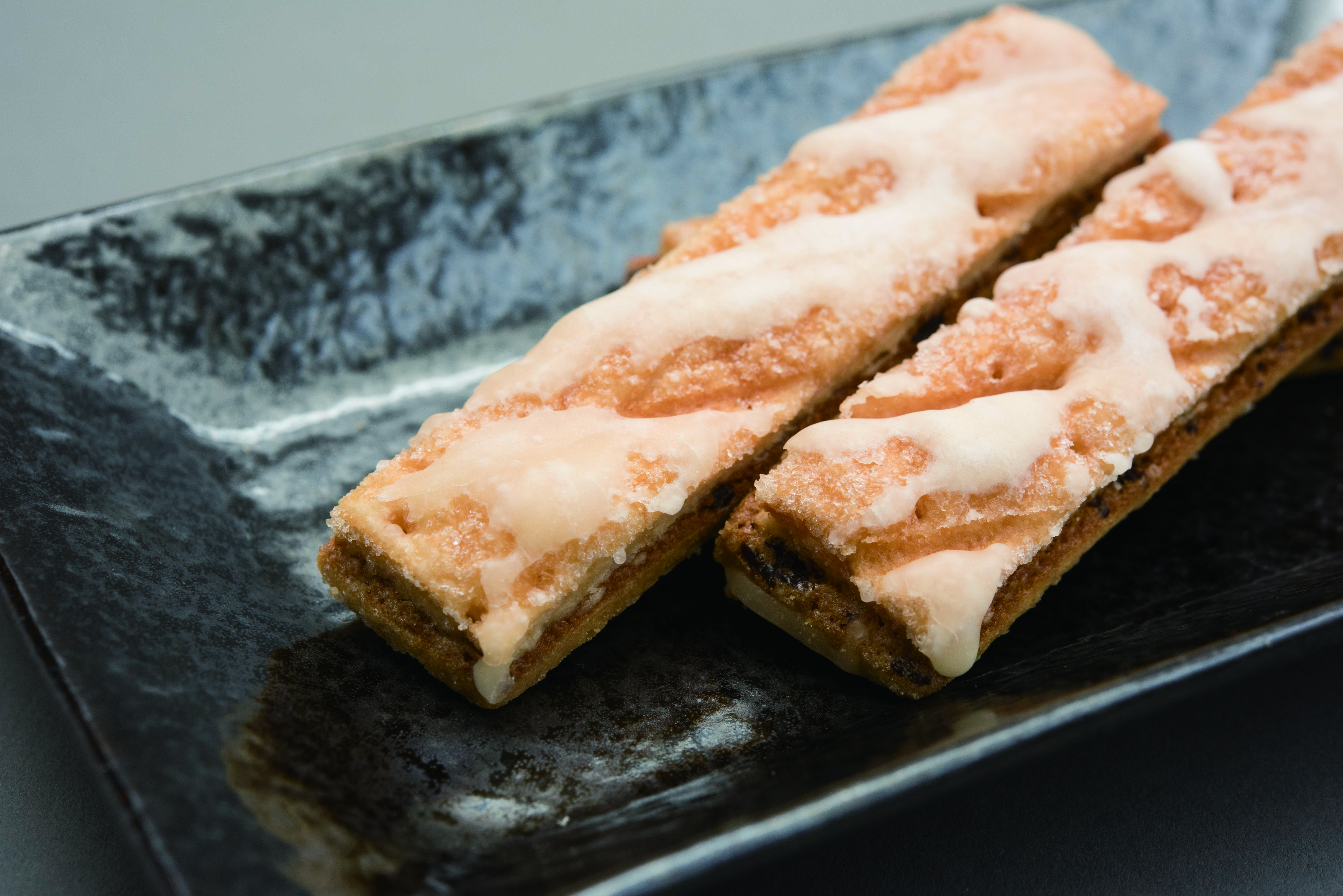 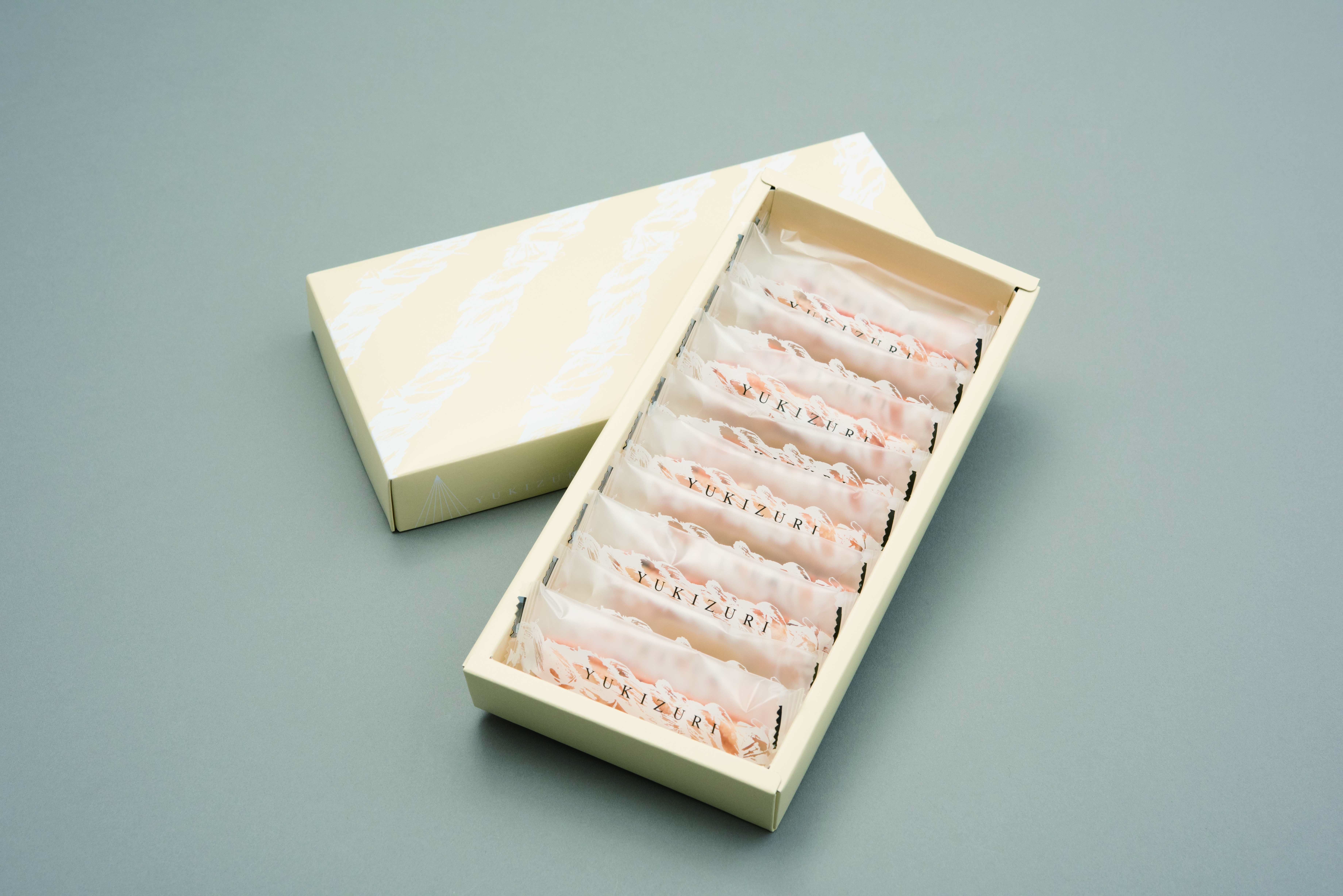 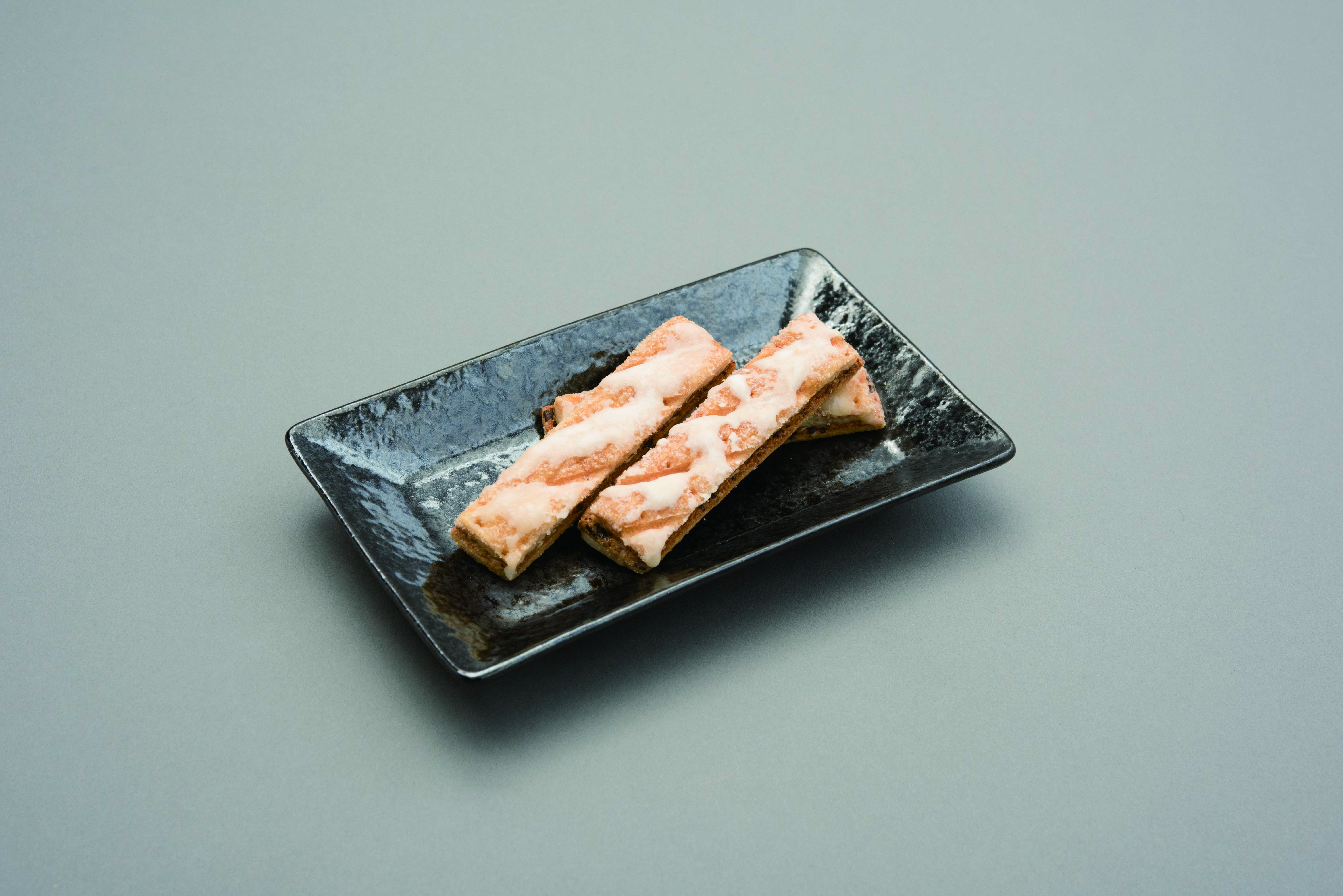